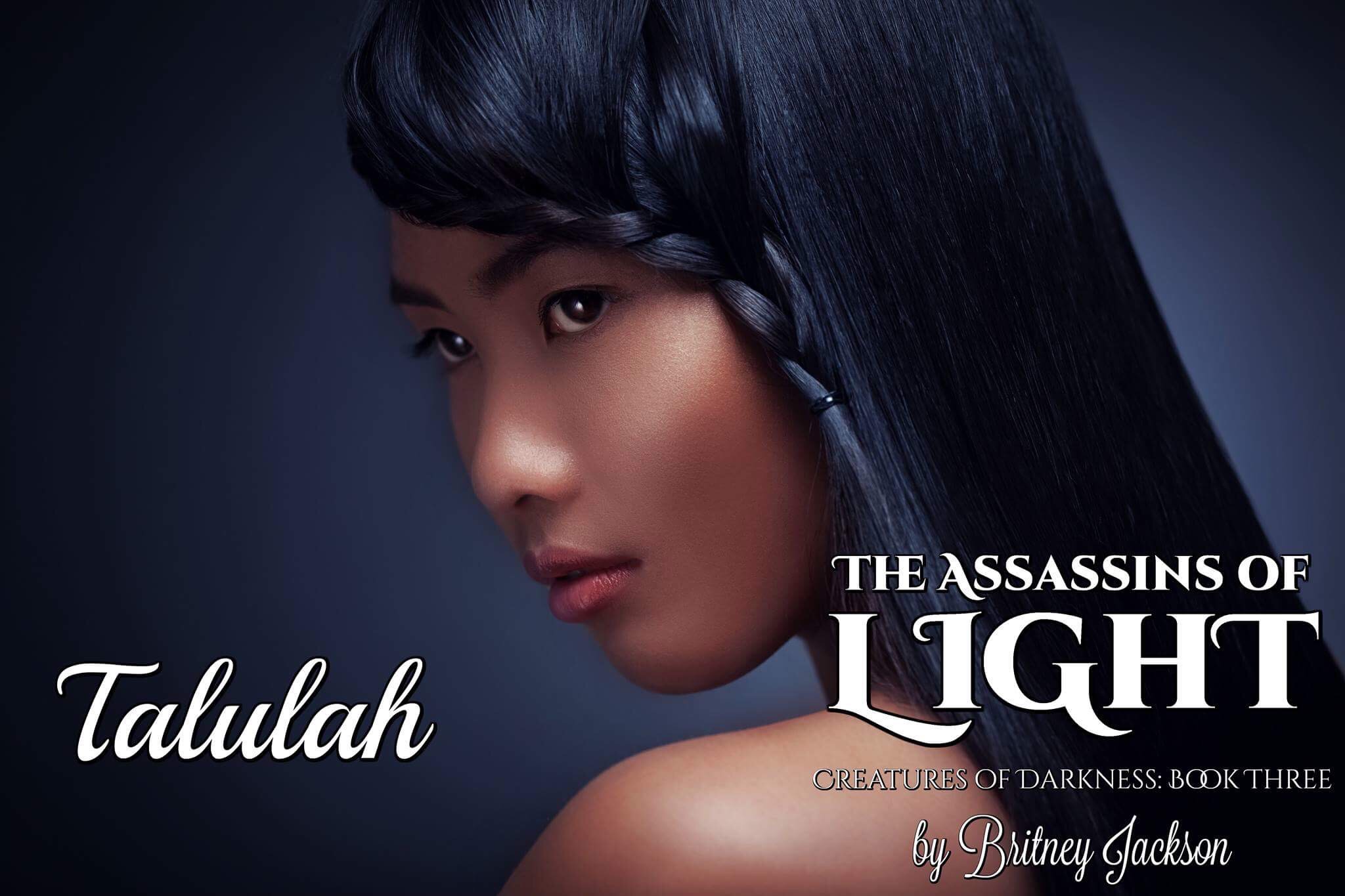 I’m trying to cheer myself up because I am Miserably Sick (I’m pretty sure that’s an actual diagnosis 😜), and talking about my books always makes me feel better. So…

One of the new characters that you’ll meet in The Assassins of Light is Talulah. (You might recognize the name, if you’ve read The Tomb of Blood. She was mentioned once or twice.) While Aaron leads the vampire colony in Northern Europe, Talulah leads the one in North America (though hers is smaller and less powerful). Talulah is an interesting character to write because she approaches leadership in a totally different way than Aaron. In Rose’s words: “Well, I’ve known her for ten minutes, and she hasn’t beheaded anyone yet. She’s less homicidal than Aaron, at least.”

“Listen closely,” Talulah began. “We only have one chance to get this right, and the last thing we need is someone going rogue.” She looked directly at Kara when she said that last part.

Rose glanced back and forth between two women, noticing Talulah’s knowing gaze and Kara’s sly smirk. “Oh my word,” Rose groaned. “You’ve dated her, too, haven’t you?”

Kara glanced at Rose, a guilty smile twitching at the corners of her lips. “Maybe.”

Rose rolled her eyes. “You’d think that the woman who is the second-in-command of the most powerful vampire colony in the world, the spymaster of a worldwide network of spies, and the personal assassin of the most ancient vampire in the world wouldn’t have time for a love life, but nooooo! Apparently, she’s had time to date the entire world.”

Kara laughed at Rose’s teasing. “Not the entire world.”

“Just fifty percent of it,” Rose said in her sassiest tone.

Kara laughed again–quietly, but still loud enough that several people turned to look at her.

“Kara,” Talulah sighed, her dark gaze shifting toward Kara. “Are you listening?”

Kara just smiled. “Of course. How else would I follow the plan?”

Talulah’s deep, black eyes narrowed suspiciously at that, but she continued talking anyway.

As soon as Talulah looked away, Kara leaned in close to Rose. “Come with me,” she whispered, and then, without giving Rose time to object, she grabbed Rose’s hand and started pulling her through the crowd of vampires, toward the door at the back of the room.

“Wait,” Rose hissed, jerking Kara to a stop. “What are you doing?”

“We have to go,” Kara said. “Quickly. We only have about thirty seconds until Talulah realizes we’ve left, and she will not be happy.”

“But,” Rose sputtered, her eyes wide, “what about the plan?”

from THE ASSASSINS OF LIGHT

Book 3 of the CREATURES OF DARKNESS series